The Sydney Morning Herald: Number of patients waiting over a year for surgery has almost tripled

This article was written by Dana Daniel, Aisha Dow and Mary Ward for the Sydney Morning Herald. Published January 25, 2022. To access the original article, click here.

Thousands of Australians are suffering pain and discomfort as they wait for elective surgery delayed by the pandemic, with new data showing the number of patients waiting more than a year has nearly tripled.

The large increase came despite efforts to tackle the waitlists that blew out in the first wave of the pandemic, with the total number of surgeries up 10 per cent in 2020-21, and could blow out further after NSW and Victoria both imposed elective surgery restrictions again during the Omicron wave.

Melbourne mother Jane Hallisey has been waiting months for a new hip replacement, needed because doctors suspect the old one, which she received 15 years ago, is responsible for elevated heavy metal levels in her blood.

The 42-year-old, who has had more than a dozen operations on her hips and pelvis due to having hip dysplasia as a baby, is finding it increasingly painful to walk.

“I’ve felt rundown and depressed, and anxious,” she said. “I just can’t plan anything because I don’t know when I can get a call to say that it can go ahead.”

Ms Hallisey’s surgery was initially booked for October, when the Delta wave sparked mass cancellations of surgeries. She was then offered a date in January, but had to delay the procedure again as she was recovering from a case of COVID-19.

In November, she spent 10 days in hospital with a painful neurological condition, trigeminal neuralgia, that she believes could be linked to complications from the delayed hip surgery.

Rohan Goodwin, a 63-year-old NSW South Coast man who works in construction, gave up on the public waiting list after being told the wait for a hip replacement would be “six months to see a specialist and then 12 on the list”.

“A builder on crutches doesn’t go real well,” Mr Goodwin said. He opted to pay for private surgery in December.

The AIHW report shows the median wait time for elective surgery has increased by a week, from 41 days in 2018-19 to 48 days in 2020-21. The largest increases in median waiting times were tonsillectomy (123 days), varicose vein treatment (94 days) and total knee replacement (85 days).

The median wait time for head and neck surgery was 112 days, up from 84 days before the pandemic, while ophthalmology patients had to wait 118 days rather than 73, an increase of six-and-a-half weeks.

Australian Medical Association President Omar Khorshid, an orthopaedic surgeon, said the blow-out in elective surgery waiting times was “the inevitable consequence of the fact that our public hospitals have very little spare capacity”.

“We’re talking about procedures that are necessary and are often life changing,” Dr Khorshid said.

“They’re not minor. They’re not optional. If you don’t do them within the recommended time, people suffer, and that’s exactly what is happening right now.”

When orthopaedic procedures such as joint replacements were delayed, he said, patients were often left in chronic pain, dependent on heavy medications and unable to work, even though their condition was “fixable with a surgical procedure”.

Dr Khorshid called on the federal government to commit extra funding to the states’ hospital systems to help wipe out the waiting lists.

Melbourne surgeon Jill Tomlinson said last week she had to tell a patient with skin cancer and another in significant pain who could not work until he had surgery that she did not know when she would be able to do their operations.

Dr Tomlinson, an Australian Medical Association Victoria board member, said she could still do minor procedures using a local anaesthetic that were, arguably, less urgent. Most category two and three elective category surgeries have been postponed in Victoria.

She called on the Victorian government to set out a road map for the resumption of elective surgery.

Private Hospitals Association President Michael Roff said state health departments “need to consult with private hospitals about easing restrictions in a safe way, so hospitals [can] increase surgical capacity [for] Australians who have had surgery deferred”.

NSW chair of the Royal Australasian College of Surgeons Associate Professor Payal Mukherjee said in addition to the ongoing elective backlog, some urgent surgery had also been disrupted in NSW as the state deals with thousands of healthcare workers on furlough each week.

“It’s less an issue of capacity and more an issue of staff,” Dr Mukherjee, a Sydney ear nose and throat surgeon, said.

She said the specialised nature of surgery meant patients were being transferred among hospitals to ensure they were being seen by the right surgeons, anaesthetists and nurses for the job.

Surgeons had expected to spend the first months of this year working through the backlog caused by 2021’s elective surgery shutdown, which saw 92,000 people waiting for procedures in NSW by the end of September, a month before restrictions were eased.

Although day surgery is continuing in NSW, high COVID-19 hospitalisations led the state government to again restrict most category 2 and 3 elective surgery in private and public hospitals earlier this month.

“Hopefully we are near the peak of the outbreak or at the peak,” Dr Mukherjee said.

“If we don’t get a bit of relief in the system soon, I don’t know how long we can handle it.” 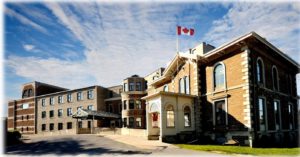