The number of people having elective surgery in Australia has dropped to a 10-year low, according to new figures from the Australian Institute of Health and Welfare (AIHW).

The disruptions were due to COVID-19, which saw elective surgery cancelled in many parts of Australia to free up hospital resources for those in need of acute treatment.

The number of elective surgeries performed in 2021-22 was 131,600 (or 17 per cent) fewer than the previous year, AIHW spokesperson Adrian Webster said.

“This followed periodic suspensions of lower-urgency elective surgery starting from March 2020, which have aimed to help ensure the health system maintains adequate capacity during the pandemic.”

All states and territories except Tasmania saw a reduction in elective surgery admissions.

The largest reductions were in New South Wales (27 per cent) and Western Australia (23 per cent).

Elective surgery is defined as a medically necessary procedure and can be urgent, but is not urgent enough to require immediate medical care.

As a result of the surgery shutdowns, elective surgery waiting times were much longer than 2020-21.

More than 6 per cent of patients waited more than a year to have the procedure they needed. That’s a 1.8 per cent increase from 2017-18.

Patients who had to wait the longest were those on the list for getting a deviated septum, or nasal passage, fixed (315 days), while the shortest wait time was for patients needing dialysis access surgery (13 days).

Australian Medical Association (AMA) President Steve Robson said there was now a “backlog of biblical proportions” across the country.

“We all have friends, relatives, family members who are waiting to have planned operations in Australia,” he told the ABC’s News Channel.

“There are literally thousands of people waiting to have surgery that’s important to them so they can get back on track with their lives and hundreds of thousands of Australians still waiting to even see a specialist at a hospital.

“Their conditions worsen the longer they wait.”

He said it was “time for urgent action”.

“We have to clear this logjam. We have to get Australians the healthcare and surgery they need.”

The figures come as hospitals in Melbourne experience a massive surge in demand, leading to one children’s hospital advising parents they could have to wait up to 12 hours for treatment.

Federal Health Minister Mark Butler said on Wednesday he was meeting his state and territory colleagues next week to talk about the different pressures on the health system.

He said the fourth Omicron wave of 2022 was having a big impact on hospitals.

“We are working as hard as we can, particularly to protect the most vulnerable in the community from severe disease and hospitalisations,” he said.

“But that is having pressure on elective surgery in a number of jurisdictions because of the impact on staff.”

With the reduction in elective surgery across the country and wait times blowing out, some people have chosen to self-fund their own procedures to bypass the long queues.

A 2022 survey from the Consumers Health Forum found one in four respondents had self-financed an elective procedure or they knew someone who had.

Other patients said they were using their superannuation to pay for elective surgery, or taking out bank loans. 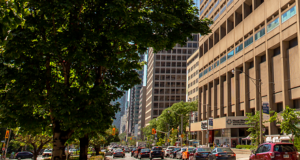