This article was written by Mike Houlahan for for Otago Daily Times. Published August 15, 2022. To access the original article, click here.

Southern surgical waiting lists seem unlikely to be cleared any time soon, despite the region’s clinicians striving to keep some level of elective surgery going during a difficult winter.

New figures released by the Ministry of Health show that, overall, 27.7% of southern patients wait longer than the recommended timeframe of 120 days for a first specialist appointment, and that 52.8% of patients who have been given a commitment to treatment are not treated within the required timeframe of four months.

While neither number is especially good, particularly if you are a prospective patient, each was slightly better than that recorded two months ago.

In May, shortly before it was disestablished as part of the Government’s health reforms, the Southern District Health Board was told that clearing its backlog of elective surgery could take four to six months and require private sector help.

That was before the onset of winter illness and a second wave of the Omicron variant of Covid-19 hit the southern hospital network, creating high rates of staff and patient absence due to illness and forcing some wards to close temporarily.

Te Whatu Ora Southern has continued to deliver planned and elective surgery in recent months, although recently it has only achieved about 60% of the usual level of operations.

The latest figures show that some services have been able to maintain or even reduce elective services patient flow indicators (ESPI) breaches in the past two months.

Since April, the southern percentage of ESPI2 (first specialist appointment) breaches have dropped from 31.6% to 27.7%, and ESPI5 (missed deadlines for treatment) breaches were down from 54.8% to 52.8%.

Dental ESPI5 breaches were down by 10.3%, general surgery was down by 4.3%, and ear, nose and throat held steady at 56%; all three were highlighted as particular areas of concern by the former board.

The urology and opthalmology services, each of which have been the subject of highly critical reports by the Health and Disability Commissioner in the past, showed improvement.

Opthalmology dropped its ESPI5 breach rate by 8.6%, to 40.8%, while urology also reported a small improvement in the same measurement — 27.5% of its patients were in breach, down from 29.4% in April.

However, cardiology has crept back up to the ‘‘red’’ alert level, and 12.5% of patients had exceeded the four months of waiting after being promised treatment.

Cardiothoracic waits have soared in the past two months: ESPI2 has gone from 0% to 33% in the past month, while ESPI5, which has been steadily climbing for the past six months, has now reached the point where two-thirds of patients given a commitment that they will not be treated have not been seen by a surgeon four months later. 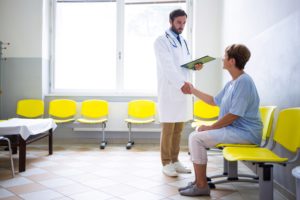 WA Today: WA’s elective surgery waitlist could fill half of Optus Stadium, and that doesn’t include the ‘hidden list’ 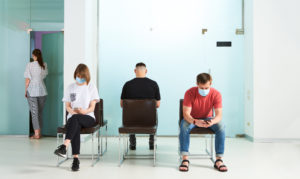 CMAJ: Revisiting the concept of urgency in surgical prioritization and addressing backlogs in elective surgery provision